Fishing on the island 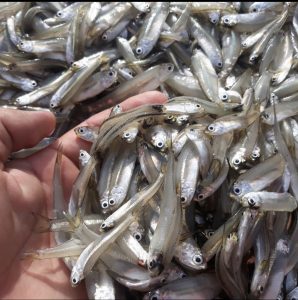 Ilha do Cardoso is an island in the district of Cananéia. Students from Oswald de Andrade went there to see how the community lives. We discovered that fishing is one of the most important economic activities, and that they have a lot of ways to do it. There is both river and ocean there, which enables many types of fish and other sea animals to live there.

In the river, they make some traps which catch fish and drive them to a fishing net.They also have ways to fish iriko, taínha and others. In the ocean, they use a fishing method in which a person stays on the beach holding one side of the net and the other person goes deeper into the ocean with the other side.

They had lots of trouble with the gap that divided the island, which happened in 2018, they had to move to another side of the island. After the disruption, many fish and other sea animals stopped being available, which made people stop fishing some of kinds of fish, like robalo and mussels.

Because of the troubles with the fishing, the community had to start buying fish to re-sell. Now they buy some tainhas salt them. After that, they sell the salted tainhas for a better price. 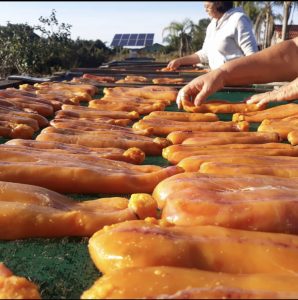 We liked a lot to go to Ilha do Cardoso, because it is a very different community, and it is pretty cool to know more about it. There, we did many types of fishing, and we liked it because we felt as if we were part of the community.

i agree it is great

it is so amazing!

I realy liked your text, but would like to know why they salt the fish before selling it.

Hi Lívia,
They salt the fish because they have to preserve it and the salt dry the fish.

i really enjoyed the text,realy cool

It is very interesting to see how the community fixed the ecomonic problems.

It is very interesting to see how they fixedvthe economic activities.

Very good text! I liked so much because you explained very well everything you said.

It’s very interesting how they fish, and I would like to know more about community fishing !!!

the information is very good

Was it hard to catch the fish?

Hi! My name is Morgan. I go to Austin High School and am in the environmental science class. Your post was very interesting and clear to read!! We just finished learning about human population and population growth. Do they catch any other animals besides fish? I am very impressed with your english, it is great!! :))

Hello I’m in AP environmental Science and I love to fish! Your page is very organized. What is the most common fish to catch? Also what is the funniest fish to catch do to how hard it fights? I’m studying Environmental awareness as well as different aspects of environmental science, for example food deserts, food insecurity, and different organisms that play a role in the everyday environment. The English on this page is very good and the website is very easy to work around and understand. I hope you guys have a great year.

Hi, I am Alexandra from Austin, Texas and I am taking Environmental Science. This is really cool information about the importance of fishing to their community. Just recently, we have talked about fishing and the different ways people have bred and sold fish. Is fish a major source of food for the island? If the fish were to disappear, would they have another source of food? You guys have really great English have really great vocabulary! How did you enjoy the trip? What were some of the things you go to do? I hope you guys had a wonderful time!